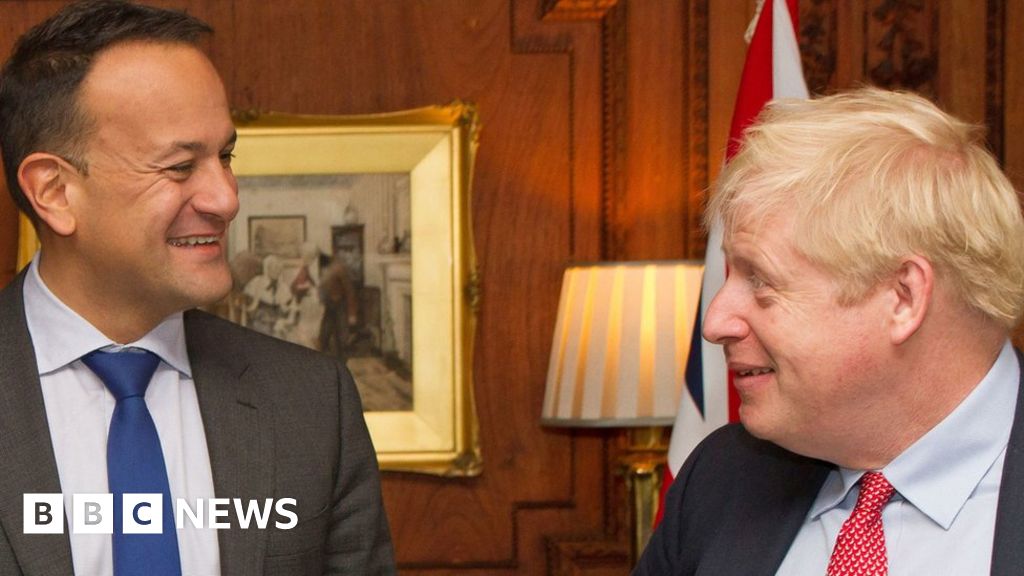 If you want to get this briefing by email, sign-up here

What a difference a day makes. The Brexit mood music sounds very different to the way it did before Boris Johnson’s “detailed and constructive” talks with his Irish counterpart Leo Varadkar on Thursday. We don’t know how much changed in terms of what either man was willing to accept as part of any new Brexit deal – Downing Street has not commented on reports in Ireland suggesting the British PM made “significant movement on his stance”. But what Mr Varadkar described as a “very positive” meeting paves the way for fresh talks between Brexit Secretary Stephen Barclay and EU chief negotiator Michel Barnier in Brussels later.

But, warns our political editor Laura Kuenssberg, there are “miles to go yet”. As one person familiar with the talks told her: “No one’s cracking open the champagne… don’t even pour a pint of warm Guinness.” Just as Northern Ireland Secretary Julian Smith tells the BBC there’s a need “to compromise… to focus on coming together”, the Brexiteer former Tory chancellor Lord Norman Lamont reminds us that winning approval for plans in Brussels can lose the vital support of some MPs at home. He’s not worried, he says, but adds: “I have to know what the concessions are.”

US Republicans seek sanctions on Turkey over Syria

Could the US impose sanctions on Turkey over the military offensive in northern Syria which has caused tens of thousands of civilians to flee their homes? Congresswoman Liz Cheney says Turkey must face “serious consequences for mercilessly attacking our Kurdish allies” in the region. And Republicans in the US House of Representatives have announced plans to introduce a bill supporters say “gives the United States the tools” to make good on President Donald Trump’s threats of action in the event Turkey’s operation is not “humane”. One official told reporters that meant “ethnic cleansing… indiscriminate artillery, air and other fires directed at civilian populations”.

Mr Trump has been accused of effectively giving Turkey the “green light” to attack Kurdish forces, the West’s allies in the fight against Islamic State extremists, by withdrawing US troops from the area, then playing down the significance of Kurdish support. Now he says he hopes mediation will win the day. Confused? Our correspondents answer your questions about the conflict, and ask: What have the Kurds ever done for the US?

Get news from the BBC in your inbox, each weekday morning

He’s the grime artist who made a big impression when headlining Glastonbury in the summer. Now the “Stormzy effect” appears to have shaken up the very different environment of the University of Cambridge. Since the rapper pledged to fund tuition fees and living costs for two students each year, more black students have been inquiring about courses, the university says. And for the first time black students make up more than 3% of new undergraduates, with 91 admitted this year – up from 61 a year ago. “It should send out a signal to other black students that they can find their place at Cambridge and succeed,” says Wanipa Ndhlovu, president of the university’s African-Caribbean Society.

Can the world’s largest HMV work in a digital age?

Spanning 25,000 sq ft across one floor – almost the size of 12 tennis courts – HMV Vault in Birmingham promises to become a “nirvana for music and film fans” with dedicated spaces for vinyl, CDs and DVDs, as well as a performance area for bands to take to the stage. But less than a year since the company called in administrators for the second time in a decade, and closed a raft of existing stores, can this ambitious new site help restore its fortunes?

Kim Bayley, from the Entertainment Retailers Association, says: “We are… seeing a complimentary ecosystem between streaming and owning and, with youngsters, we are seeing them buying more and more vinyl and HMV are moving to have more of that in stores to capitalise on that ownership trend.”

What the papers say

Most papers seize on the seemingly productive meeting between Boris Johnson and Leo Varadkar to strike an optimistic note, with the Metro borrowing from an old song for its front-page headline: “Irish eyes are smiling.” Many reference the “pathway” to a Brexit deal, alongside an image of the leaders strolling down a tree-lined avenue at the Wirral country house where they met. “Has Boris only gone and done it?” wonders the Daily Express. Meanwhile, the Daily Star’s front-page headline reads: “Ex-MI6 boss: Aliens do exist.”

Weekly quiz Who squared up at Elton John’s dinner party?

If you see one thing today

If you listen to one thing today

How do you fight a surveillance state?

If you read one thing today

‘Somebody answered my dead brother’s number’

Sign up for a morning briefing direct to your phone

10:00 The winner of the 2019 Nobel Peace Prize is announced at the Norwegian Nobel Institute in Oslo.

19:45 England’s footballers take on the Czech Republic in a European Championship qualifier in Prague.

1974 Harold Wilson wins another term in office, converting a minority Labour government into one with a majority of three.

The People’s Republic of The Future – Bloomberg

New drug for people who can bleed uncontrollably