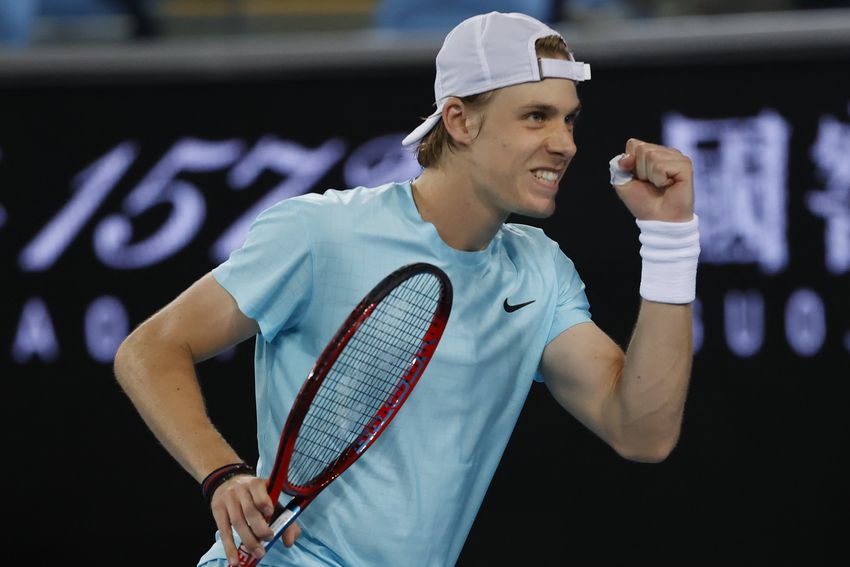 Canada’s Denis Shapovalov has advanced to the second round of the Australian Open.

Perseverance gets Shapovalov through!

It was a tough battle, but Denis kept his head held high and pushed through to get the win and advance to the second round.

Djere, ranked 51st in the world, broke Shapovalov in the first game of the match, but the Canadian broke back with his opponent serving for the first set at 5-4.

Shapovalov went on to take the tiebreaker and then broke Djere again when the Serb made three unforced errors with the second set knotted at 3-3, paving the way for the Canadian to take a two-set lead.

Shapovalov made four unforced errors in his first service game of the third set and Djere held on from there to trim the set deficit.

Up a break in the fourth set, Shapovalov failed to serve out the match at 5-3. Djere then fought off a match point on serve to tie it, but Shapovalov broke the Serb trailing 6-5 to send it to a tiebreak.

It wasn’t a clean match for Shapovalov, who made 68 unforced errors against 39 winners.

Shapovalov, who helped Canada win the ATP Cup earlier this month in Australia, hasn’t made it past the third round in four previous Australian Open appearances.

The Canadian will next face world No. 54 Kwon Soonwoo of South Korea.

No. 9 seed Felix Auger-Aliassime of Montreal, the only other Canadian in the men’s singles draw, plays his first-round match on Tuesday.

In the women’s draw, No. 23 seed Leylah Fernandez of Laval, Que., and qualifier Rebecca Marino of Vancouver both play their first-round matches on Tuesday.

The shocking, roller-coaster end to Rams vs. Buccaneers, as told by Twitter

Pettersson emerges from shadows in massive Canucks win over Capitals