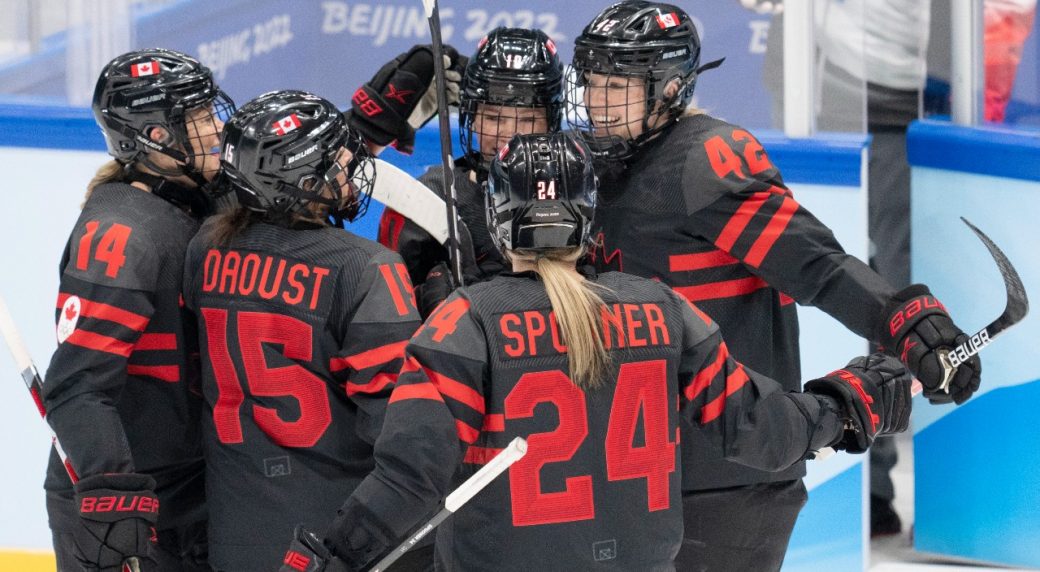 The Canadian women’s hockey team opened its quest to reclaim Olympic gold with a 12-1 win over Switzerland on Thursday at the Beijing Games.

Desbiens made a highlight-reel save on Stalder earlier, getting her glove up for the stop while sliding after blocking a rebound.

Canada suffered a blow midway through the second period when veteran forward Melodie Daoust exited after she was hit by Swiss defenceman Sarah Forster while skating into the offensive zone.

Daoust is competing in her third Olympic Games. She was named tournament MVP at the 2018 Games in PyeongChang after scoring three goals and seven points to help Canada win silver and she also won the MVP award at the 2021 World Championships.

Canada lost to the United States in the 2018 PyeongChang final, ending a run of four consecutive Olympic gold medals.

Canada returns to action on Friday at 11:10 p.m. ET against Finland.

Earlier that day, Team Canada captain Marie-Philip Poulin will carry the flag along with short-track speedskater Charles Hamelin at the Opening Ceremony.