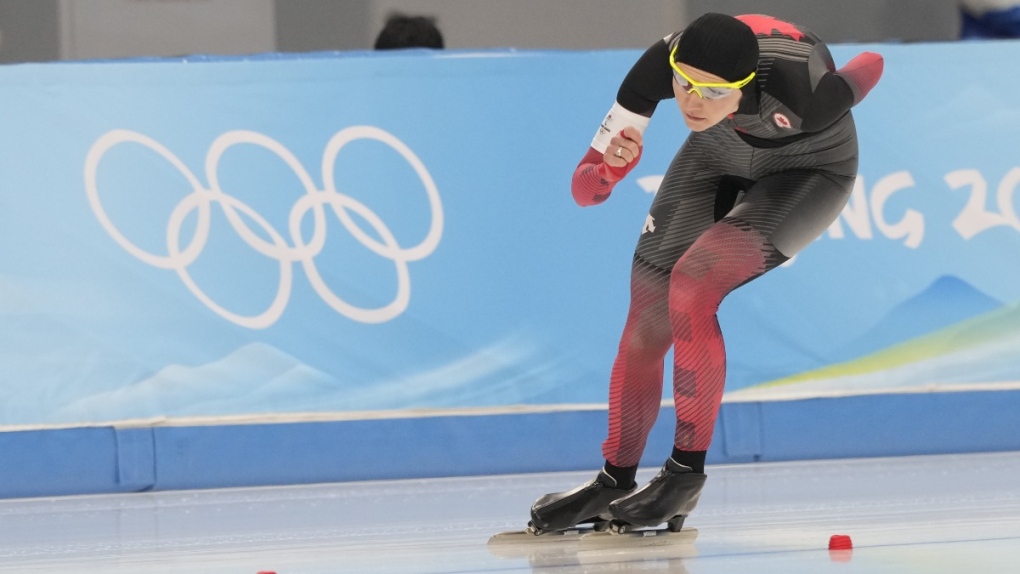 So Isabelle Weidemann, how could you possibly celebrate winning an Olympic medal of each colour under heavy COVID-19 restrictions in China?

“For a lot of us, especially during the pandemic, we didn’t train together. In long-track (speedskating), we did a lot of solo training. Just to spend time with our teammates and talk with our coaches and celebrate together in one room is really special,” the Ottawa native said.

“A lot of us don’t do anything for four years. We just train, we focus on our events, even after every season, you finish the season, you take a few days off and you go back to setting new goals for the next one. The Olympics are kind of the end of that. To be able to sit down with my teammates who I haven’t celebrated with or even had long conversations with in so long has been incredibly special.”

Leave it to Canada’s Closing Ceremony flag-bearer to put another COVID Olympics — and pandemic life in general — in perspective.

Gratitude, kindness, resiliency, work ethic — Weidemann has all the attributes we want to see in our Olympians and, therefore, is an excellent pick to carry the flag on Sunday.

The six-foot-two Weidemann — whose power and drive in endurance events is much like what was displayed by Canadian chef de mission and two-time Olympic long-track champ Catriona Le May Doan at shorter distances — won the first of Canada’s 25 medals prior to the final day of competition with a bronze in the 3,000 metres on Day 1 of the Games.

The 26-year-old then took silver in the 5,000 metres and joined forces with Ivanie Blondin and Valerie Maltais to capture one of Canada’s four Beijing gold medals in the team pursuit.

“To carry the flag for me is the biggest honour,” Weidemann said after being named flag-bearer. “I never expected to be coming home with three medals, let alone have that honour of holding the flag. It’s been so surreal here. I’m at such a loss of words to kind of describe the last two weeks. I feel like I’m dreaming a little bit. I came into these Olympics thinking I was going to fight for one medal. I was going to bring home one and I was going to give everything I had just to be able to do that for Canada. To bring home three, I have no words.”

A sciences student at the University of Calgary, Weidemann maintained her studies during the run-up to the Olympics and the Games themselves. She’s working on a capstone group project and is “learning to code.”

That seems rather daunting for anyone, never mind an Olympian.

“It’s really given me something else to focus on,” said Weidemann, who is considering a career in health care, but also plans to continue skating. “At the Olympics, you spend so much down time as you ramp into competing. It’s very easy to kind of get into your head a lot. I use school to distract me and pull me out of that. It was a little bit crazy, but I don’t regret it.”

Clearly, it worked. After going home without a medal following her Olympic debut four years ago, Weidemann was one of Canada’s biggest stars in Beijing – coming up big despite the challenges of the pandemic.

“There’s been a lot of struggle on the team just to get here,” she said. “But I also think you can really feel the gratitude just to be able to do what we love. I think it’s given the team a lot of fire too. Showing up to just get to do what we love every day is such an honour. To compete like that is really special. The pandemic was very hard and it continues to be so hard. But I also think it’s made us very grateful.”

Weidemann, too, is grateful for the support of teammates who didn’t have the same kind of success. She’s been in their shoes.

“I really know how that feels,” she said. “I came out of 2018 feeling like I didn’t skate to my potential and like I didn’t have the opportunity to show all the work I had done. I came out feeling very sour and disappointed maybe no with the experience but the way I competed.

“Sometimes we need a bit of time away from the Games and the performances to be able to reflect,” she continued. It took me a while to find happiness and pride in the way I competed in 2018. You only get that from time away from the sport. I have so many teammates that have been sad in their performances but have shared in my joy. It’s been so special to be able to celebrate with them and for them to feel personally like they didn’t accomplish what they wanted to but to stand with me and share in my success. That’s meant so much to me.”

The Closing Ceremony starts at 6:30 a.m. ET on Sportsnet.