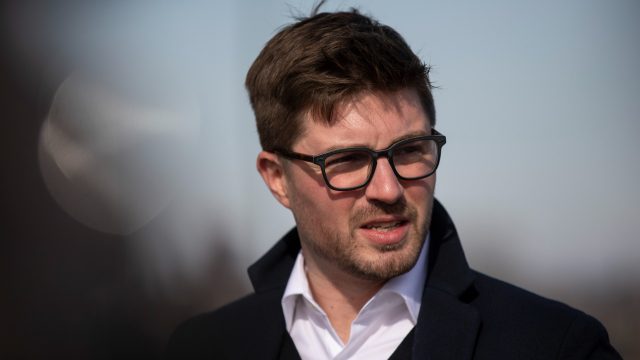 TORONTO – History will judge the Toronto Maple Leafs’ 2022 trade deadline the same way it judges so much in this unpredictable sport.

Did the team get enough saves?

Did the GM do enough to find them?

Kyle Dubas did a fine job keeping up with the Atlantic Division joneses — the splashiest neighbourhood in town — when it came to bolstering his blueline. The GM added a competitive and inspired Mark Giordano plus Ilya Lyubushkin, both of whom prioritize keeping the puck out of their own net before putting it in yours.

And he did so without surrendering a first-round pick or a Grade-A prospect, a crop weakened by the unfortunate news of Rodion Amriov’s health.

When the deadline passed Monday, Dubas says he would’ve been fine trading a first-rounder for a valued asset with term but had little interest in doing so for a rental.

“More so the prospects than the picks were important for us to keep,” Dubas said.

The executive also added versatile forward Colin Blackwell, a self-described “energy bug” the Maple Leafs had previously tried to sign in free agency. The tenacious late-bloomer will spice up the competition for ice time in the bottom six and could cause some havoc on the forecheck.

What Dubas did not do, however, was find a goalie he liked for a price he could afford. That predicament is a self-inflicted one caused by guessing wrong and long on Petr Mrazek in 2021’s free agency.

So, he’s hitching the fate of this goal-happy roster to Jack Campbell, who was practising solo again Monday and should be healed from his rib injury to make a strong stretch run. Dubas sees the timing of Campbell’s stepping away as a blessing, a chance to reset before what all involved hope is a deep run.

Despite his faith in Campbell, and last week’s nice-surprise showing by callup Erik Källgren, that did not prevent Dubas from exploring his goaltending options.

Dubas reportedly considered a package deal with the Blackhawks to bring in forward Brandon Hagel and Vezina-winning goaltender Marc-Andre Fleury but balked at a steep price that would necessitate parting with blue-chip NCAA star Matthew Knies in addition to first-round picks. (Hagel landed in Tampa Bay, Fleury in Minnesota.) Darren Dreger reported those details.

“I’m disappointed those conversations went public,” Dubas bristled. “It’s a first for me that the specifics of that went public. That’s a question for Chicago and Kyle Davidson’s availability.”

But when the Leafs tried slipping Säteri through waivers, he got scooped by the Arizona Coyotes, leaving Toronto with zero goaltending upgrade.

“Didn’t work out — much like a lot of the players we’ve put on waivers,” said Dubas, disappointed. “Since 2018 in the fall, we’ve had 11 guys claimed, which I think is double [any other team in the league].

“Probably a feather in our cap, but it hurts in moments like this.”

The Leafs roll on with an injured Campbell, an unproven Källgren, and a version of Mrazek that none of the league’s other 31 clubs wanted for nothing. Not with that cap hit or that term.

How do you sell faith in a goaltender after you give his starts to an AHL callup with no NHL experience and place him on waivers before the trade deadline?

“If his belief started to waver, I’d be concerned,” Dubas said of the Mrazek move.

The top line is rolling, the power play is fierce, and once Jake Muzzin (concussion) returns, the back end should be more balanced than ever with defencemen who enjoy defending.

But fans’ concerns for the crease will linger, particularly with Tampa Bay, Boston and Florida showing stronger in that area. Among all playoff-bound teams in the Eastern Conference, Toronto’s save percentage (.902) rates worst.

“I know that the division looks ominous,” Dubas said.

“And I think that’s the best thing for us. It’d be great if it was easy, but I think how big of a challenge it is forces our group in the final stretch to get our game into order.”

More important: Campbell must get his game in order. Because if Toronto needs to dig any deeper on its depth chart, the Leafs’ fate may already be sealed.

One-Timers: Rasmus Sandin was moved to injured reserve, and a knee injury will keep him out for “the foreseeable future,” per Dubas. Giordano’s arrival for Wednesday’s game could not have come at a better time…. Expect Muzzin to play for the Leafs in the regular season. He’s ramping up for a return and cap space will not be an issue. “I think it would’ve been it would be unfair to a player of his calibre, and the way that he plays, to just tell him we don’t have a space or whatever,” Dubas says…. Ondrej Kase is undergoing further testing as a precaution after taking a blow to the head Saturday in Nashville. “He’s doing really well. He’s feeling good,” Keefe says. “In fact, he himself was pushing to get back in the game [Saturday] night.”… Dubas did not sign any AHLers (i.e., Josh Ho-Sang) because he is saving contact slots for potentially bringing in Matthews Knies and/or Nick Abruzzese once their NCAA seasons are complete…

The shocking, roller-coaster end to Rams vs. Buccaneers, as told by Twitter