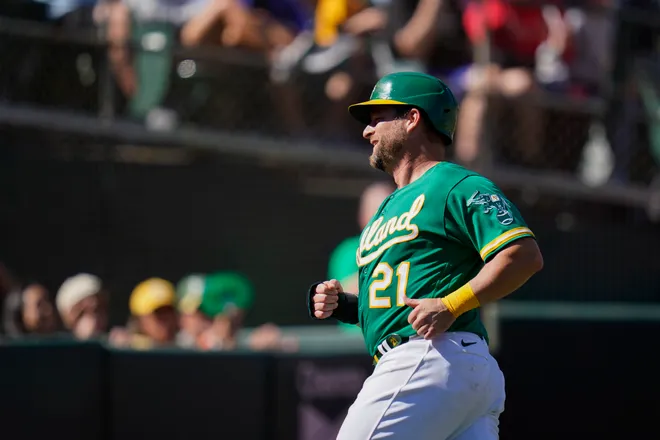 Stephen Vogt didn’t break into the major leagues until he was 28 years old. When he finally got his chance with the Oakland Athletics, he started his career 0-for-32 at the plate. Eventually, Vogt started to the hit the ball, and morphed into a two-time All-Star with the A’s in 2015 and 2016. He always seemed to resonate with fans for his underdog story and the everyman personality he displayed even after becoming one of the better catchers in baseball.

Vogt is now set to retire at 37 years old as he plays out the string with a terrible A’s team that has the fewest wins in the AL. Oakland hasn’t had much to get excited about this season, but Vogt helped both the organization and its fans end the year on a positive note with a storybook ending in his final game.

Vogt was announced by his kids as he came up to bat in his last game before retirement. It was a wonderful moment in its own right.

Vogt grounded to short in his first at-bat. He walked in his second at-bat in the fifth inning, and eventually scored the first run of the game on a sac-fly.

With the fans behind him chanting his name, Vogt stepped to the plate for the last time in the seventh inning with the A’s leading 1-0 against the Los Angeles Angels. On the first pitch of the at-bat, Vogt blasted a home run out over the right field fence.

The jubilation on his face tells the whole story. Vogt’s entire journey as a major-leaguer was so unlikely that it seemed destined for a movie adaptation, and Hollywood could not have written a better ending than the one he authored himself.

Vogt was honored throughout the day before he walked off into retirement. It was an incredible scene even before he hit the home run.

On his trade anniversary, Dubois shows off impact vs. Penguins