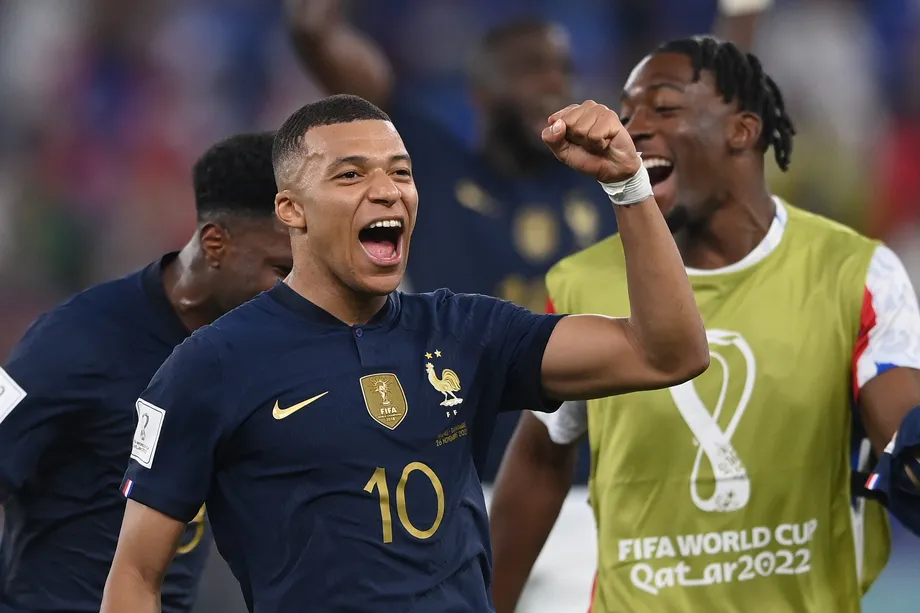 Kylian Mbappe’s name is already known around the world. His chief achievement so far in his young career was scoring a goal in the 2018 World Cup final as a 19-year-old and lifting the World Cup with France. It’s an insane achievement that would be the peak of many players’ careers. However, Mbappe is just getting started and has already made waves at the ongoing World Cup in Qatar.

We know that most of you already have a rooting interest in the World Cup. But that’s probably just habit. SB Nation has devised a quiz based on your style of sports fandom that will *scientifically decide which team you really should be rooting for. Take it here!

*no actual science was used

The forward, who can play in virtually any position along the front line, has scored four goals in France’s first four matches at the World Cup. His goal against the Aussies was a post-in header and the third in a comeback route, while his brace against Denmark made the difference between drawing and winning France’s second match of the group stage. He also scored a pair of beautiful strikes against Poland in the Round of 16.

There’s a reason he wears the No. 10 jersey for Les Bleus.

Mbappe is still just 23 years old. The five goals he’s scored this tournament combined with the four he scored in Russia as a teenager means he has already surpassed and equaled many legends of the games who have graced the World Cup. He has more than his fellow Frenchmen Thierry Henry (6) and Zinedine Zidane (5), and his club teammate Neymar (6), who is nearing the top of the all-time scoring list for Brazil. He’s also now tied with Lionel Messi, who’s enjoying a very good World Cup himself. The only active player with more World Cup goals is Tomas Müller (10), whose Germany was already eliminated.

The fact that Mbappe is already at nine goals before he turns 24 is almost unbelievable. The young Frenchman will realistically play in at least at least two more World Cups in 2026 and 2030, and he’s only nine goals behind Miraslov Klose, the all-time leading World Cup goalscorer. Klose’s 16 goals across the 2002, 2006, 2010, and 2014 World Cups may not stand the test of time if Mbappe continues his current pace. Notably, Klose made his World Cup debut at 24, a few months older than Mbappe is now. Only the legendary Pele had as many as seven World Cup goals before turning 24.

These are the five most prolific goal-scorers in World Cup history as well as the five active leaders. *signifies active WorldFootball.net

While the prospect of climbing those charts is something he will undoubtedly keep his eyes on, Mbappe is hoping to help France become the first repeat champion of the World Cup since Brazil did it in 1958 and 1962. The best way for him to do that is to continue scoring goals for France’s insanely talented and deep squad.

His five goals so far have indeed helped to break the curse of the reigning champions, which plagued Italy, Spain and Germany at the last three World Cups and get Les Bleus out of the group stage and into the knockout stage.